I made three key illustrations for YL's summer concerts. One was for Puita ja Valoa / Trees & Light, their main concert with the full ensemble of singers. 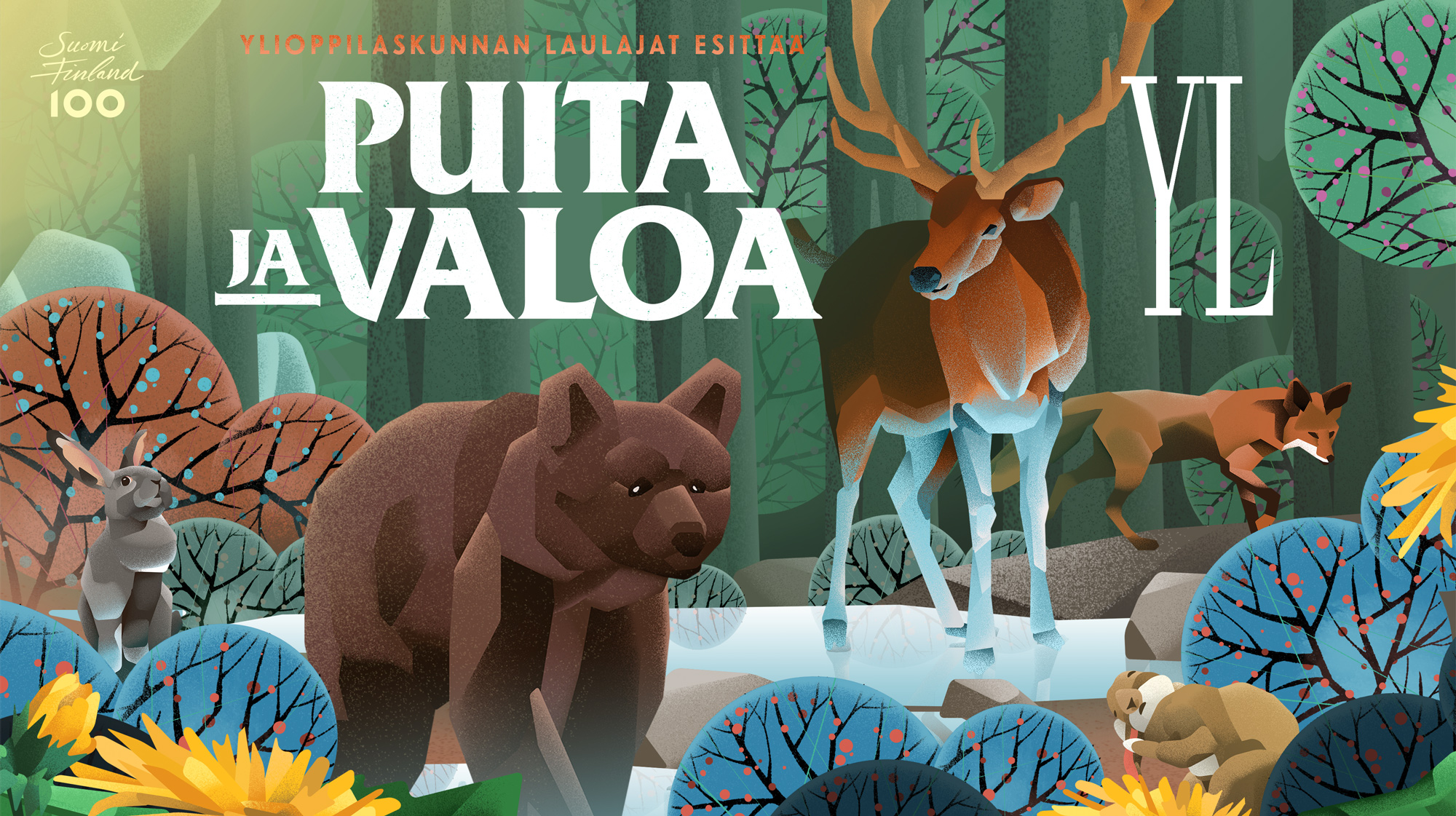 The second one was for Leevit, a concert series that commemorated two iconic finnish songwriters, Leevi Madetoja and Gösta Sundqvist (of the Leevi & the Leavings fame). Each Leevi was illustrated as their home municipality's official bird. I found them fitting representations of each composer's habitus & character. 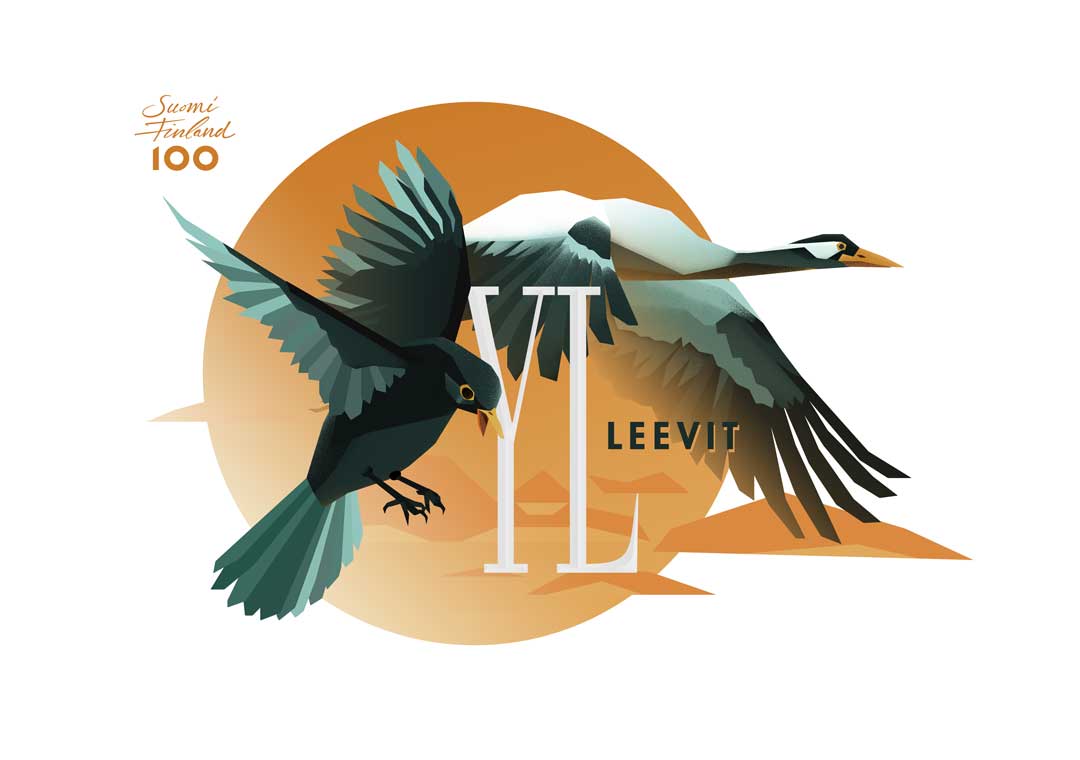 The third one was for Suven Laulajat (Midsummer singers) concert series in the fine tradition of summer choirs. Quartets of singers from YL toured Finland, covering vast regions of the country. 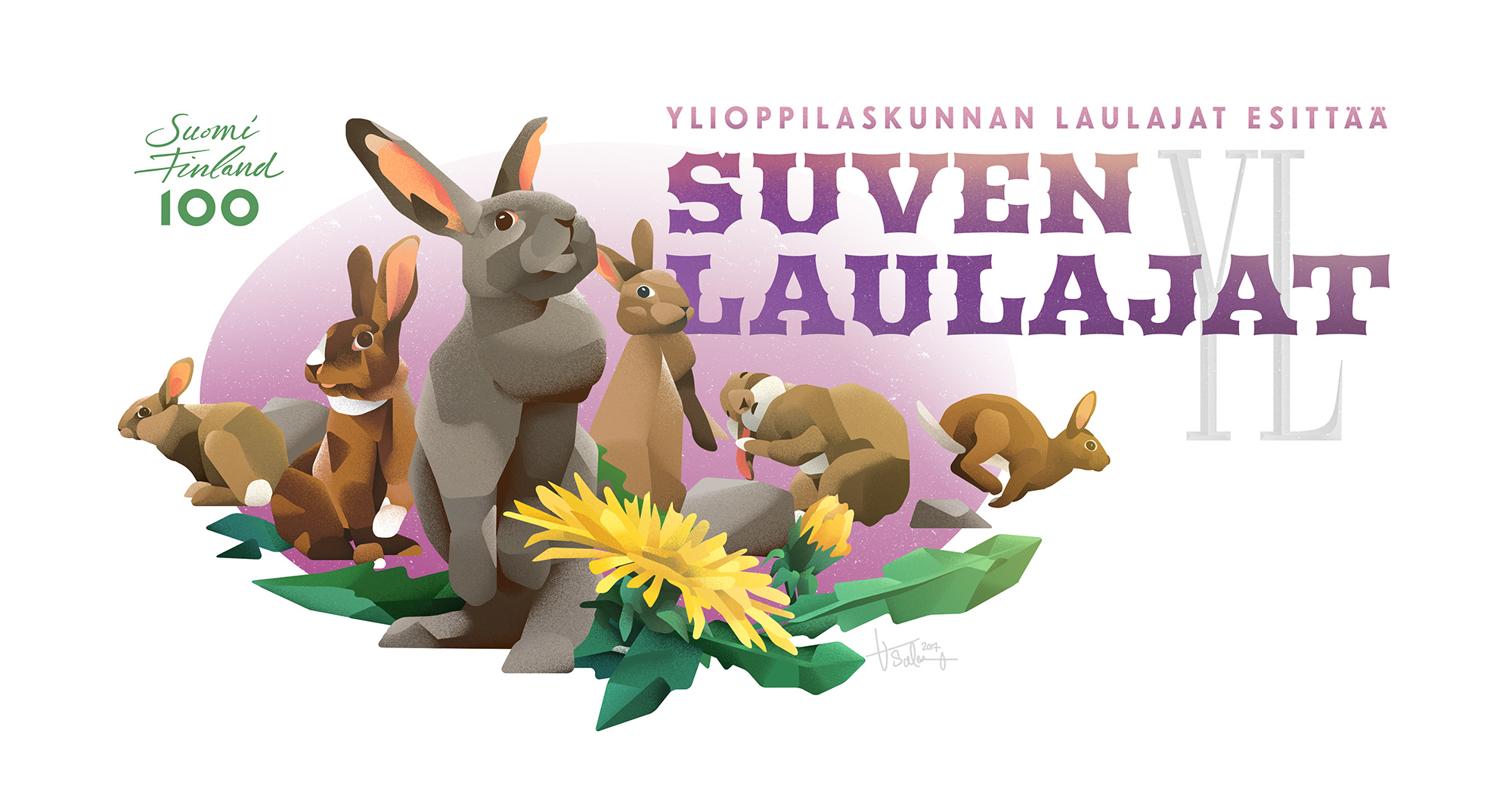